Concussions, the dark side of contact sports, are said to be the most common form of injury in football. Along those lines, Alakai recalls having sustained about eight such injuries through high school and college, five of them medically diagnosed. One, in particular, occurred in his senior year of high school, which coincidentally fell on his 18th birthday and his homecoming game. As is common with athletes, Alakai acknowledges having played through three concussions and experienced at least two undiagnosed ones while in college. 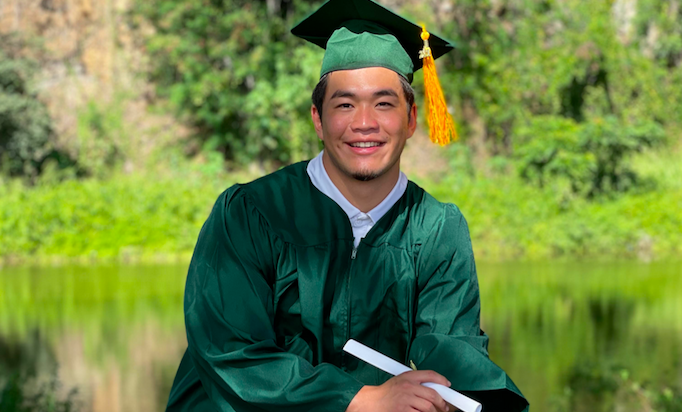 I went in for a series of treatments, which got extended because of a concussion I had midway. Dr. Keifer asked if I really wanted to keep playing after almost fully recovering from the damage done before. I thought about it and decided to try playing one more time since the chances of sustaining another concussion would be lower and getting treatment again would most likely be successful.

As it turned out, I sustained another concussion. I tried to play through it for a few practices, but concluded it wasn’t worth risking brain damage for the rest of my life. One decisive factor was how I felt before treatment versus my improvement toward the end. When I was at my worst, I felt like I was constantly in a fog and couldn’t process things very well. I would get frustrated pretty easily even if I didn’t show it at times. I had to take naps or go to sleep to function better. I felt as if I couldn’t do much about my situation and was quite discouraged about the whole thing. One very eye opening moment was when I snapped at one of my coaches. That’s when it hit home to me how I was acting.

Going through treatment, on the other hand, made me feel like the clouds were being lifted from my mind. I found I could process things much more clearly and didn’t get frustrated the way I did before. These days, I rarely ever get headaches. I even feel more physically coordinated. My sleep is better, thanks to Dr. Keifer. Now, about a year later, my brain feels like it’s functioning at its highest level ever. I’ve grown in so many different areas of my life and feel like the fog has cleared from my brain.

Would you expand on your decision to become medically retired?

After playing through my last concussion, I knew almost immediately that I was done playing. I tried to practice a few times, but headaches and processing problems got in the way. It was that one final hit that blanked me out for a moment that made it clear to me that I had to stop for good. I spoke to my parents and an old doctor I used to see in high school for concussions and they all supported my decision.

As I was reflecting on everything the next morning, I went for a run and listened to the Bible and some plans on the Bible application. The Scripture really spoke to me. I knew one hundred percent my time was done playing. I was completely at peace with my decision and even though I miss playing once in a while, I’ve never regretted having stopped. I know it was the right choice. 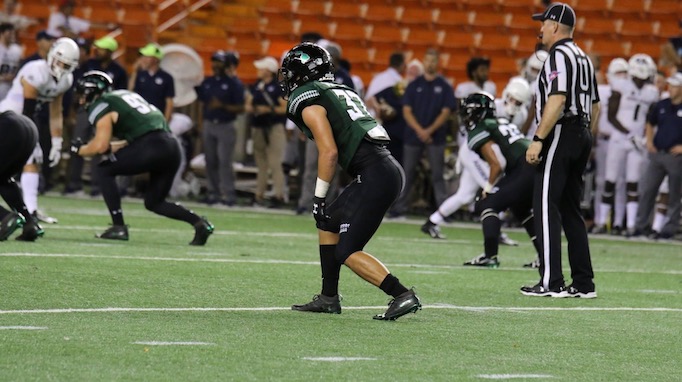 I’ve always believed in God and have maintained my faith, but Brain Health has helped me get closer to God and more involved with my Church. I believe that going through this was a part of God’s plan for me and I feel so blessed to have received this treatment.

I’d like to tell people who are struggling with concussions to not be afraid to seek treatment because it helped me so much, as it has for many others. Also, to not play through concussions and to approach football or any other sport with the right techniques and equipment to be as safe as possible. I still love football and have no regrets about having played it, but playing hard, going full speed, and pushing through adversity is just as important as playing smart and knowing your limits, especially when it comes to your brain. And that’s my message to other football players — you have to know when it’s time to say goodbye.

(This interview has been edited and condensed.)

Olympic gold medalist Carissa Moore shares her journey to winning despite many challenges. She knew…